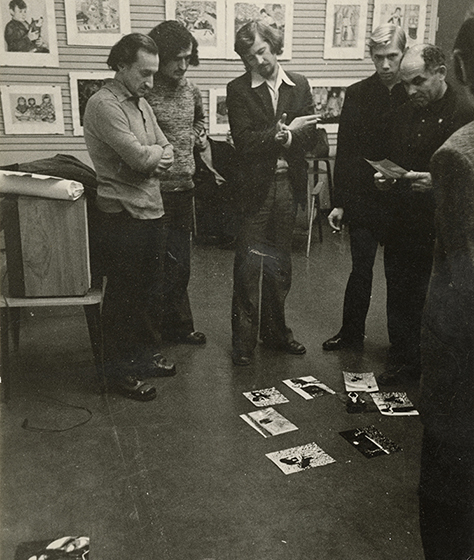 Kharkiv regional photoclub was an institution established in 1965 at the House of Amateur Artists of Trade Unions, located at Hamarnyka st., 12. One of its initiators was Herman Driukov. In parallel with regional photoclub there was a photoclub at the Palace of Culture of KhEMZ, headed by Volodymyr Rusynovskyi, and a photo studio at the Palace of Culture of Constructors, ran by Volodymyr Hryhorov.

The very idea of such organization was in the general tendency of photoclub movement in the USSR, which emerged in the mid-1950s together with activisation of the interest towards photography among so-called ‘amateurs’. This movement was aimed at both stimulation and regulation of the practice.

The activity of Kharkiv regional photoclub, similar to photoclubs in other republics of the country, was shaped around weekly meetings, where members of the club discussed technical and aesthetic issues of photography, presented and reviewed their works, prepared exhibitions. In 1975, the club was headed by the participants of the Vremia group – Oleksandr Sitnichenko (the head) and Jury Rupin (the secretary). Anatoliy Makiyenko, Oleksandr Suprun, Boris Mikhailov were appointed as members of the art council, together with Driukov and Anatoliy Kuznetsov. In 1975 [1] or 1976 [2] Kharkiv regional photoclub was dismissed due to the scandal, in which Vremia group was involved. After that the House of Amateur Artists had a photo studio, where Viktor Kochetov worked as inscturctor.

In 1980s there were several photoclubs in Kharkiv, namely, the regional photoclub at the House of Amateur Artists, reestablished in 1983, and “Semafor” photoclub at the Palace of Culture of Railroad. In the late 1980s, the photoclub at the Palace of Students of Kharkiv Polytechnic Institute became an important centre of local photographic life. The idea was suggested by Oleksandr Sitnichenko, Kostiantyn Melnyk and Misha Pedan, who consequently became the head of the organization. The opening was supported by FED factory – one of the hugest producers of cameras in the USSR, but soon the Palace of students became the club’s location. Two major shows, curated by Misha Pedan, were held there – “Ф-87” та “Ф-88” united works by Kharkiv photographers from different generations – from those of the elder generation (Vremia group, Viktor Kochetov) to the new names (Roman Pyatkovka, Sergiy Solonsky, Igor Manko, Volodymyr Starko, Leonid Piesin, Hryhorii Okun, Volodymyr Bysov, Oleh Hrunzovskyi and others).
_________________________

2. “When because of the group’s radicalism of Vremia group, the regional photclub was shut down, it seemed the group stopped its existence together with the club.” Fore more please see —  Алина Сандуляк [Alina Sanduliak], “Харьковская школа фотографии: Евгений Павлов,” Art Ukraine, 2015. http://artukraine.com.ua/a/kharkovskaya-shkola-fotografii–evgeniy-pavlov/#.WFRAyoo2vGg.

Visitos’ book of the exhibition in 1972

Protocol of the reporting and electoral meeting of the club on March 20, 1975

Draft of changes of the club’s statute 1975

Decision of the common meeting of the board and art council of the club, August 14, 1975 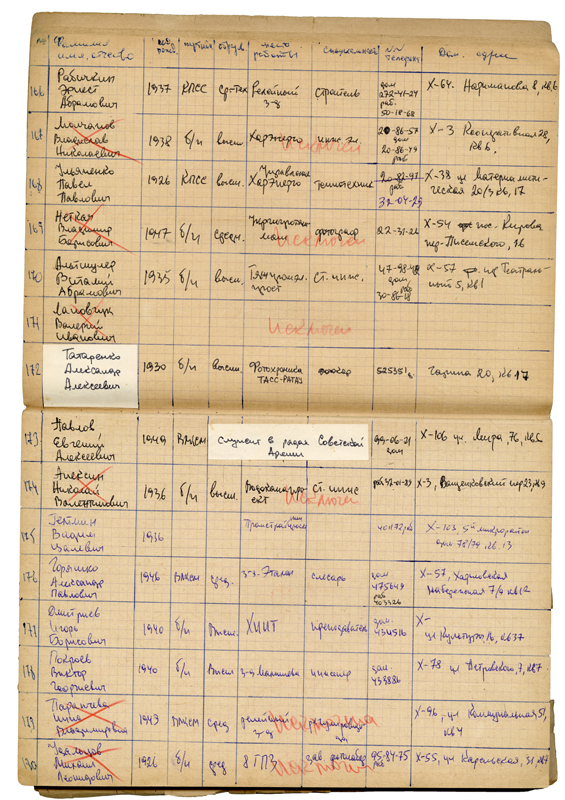 Pages from the photoclub’s journal 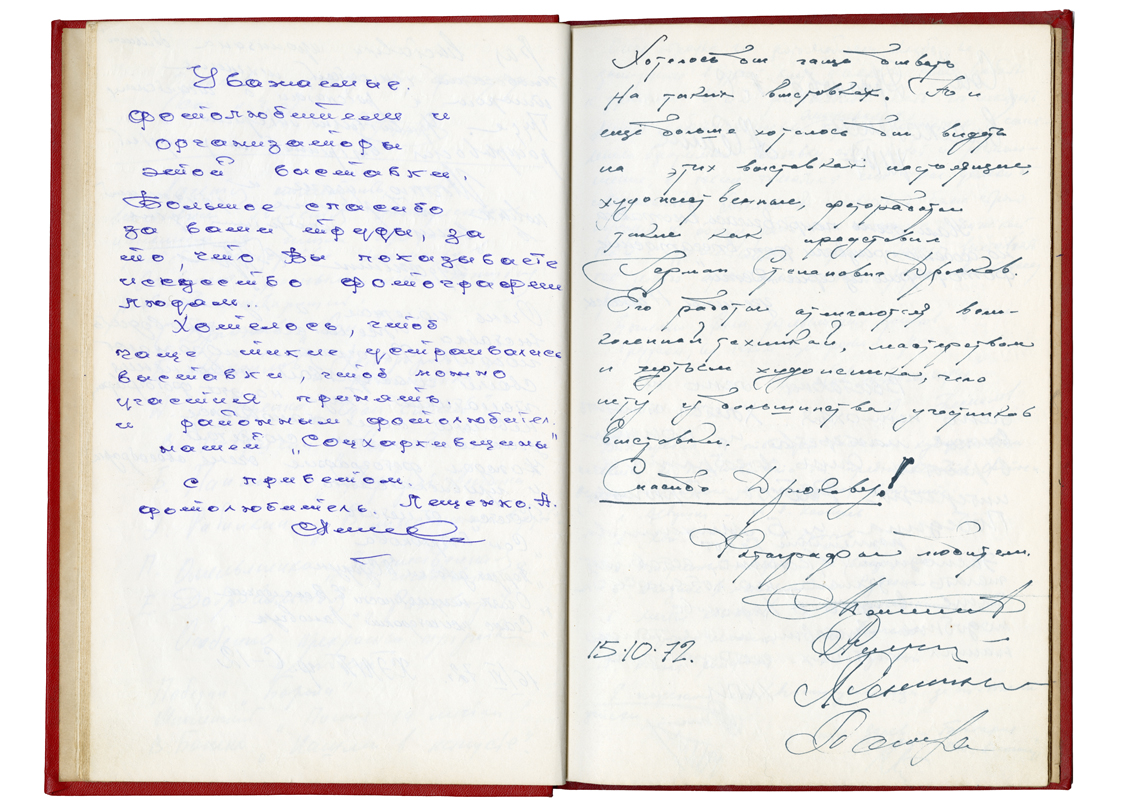 Page from the visitos’ book of the exhibition in 1972

Kharkiv regional photoclub
Visitos’ book of the exhibition in 1972
1972 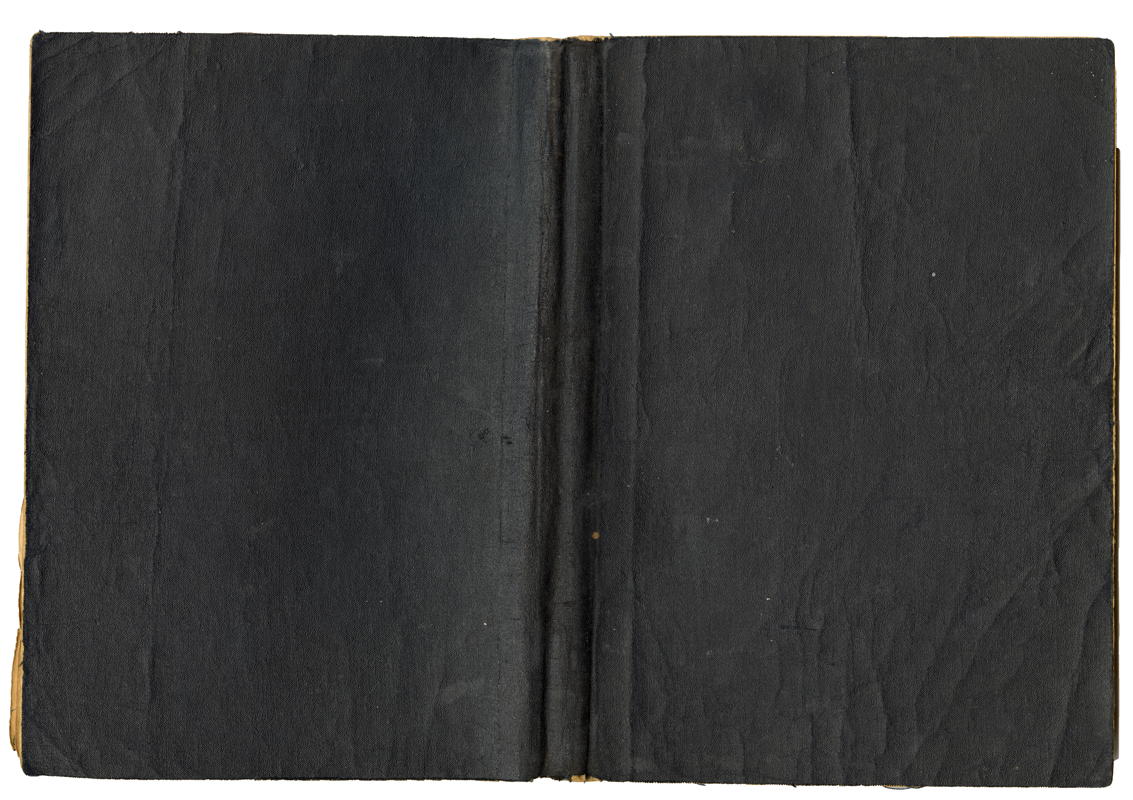 Cover of the photoclub’s journal 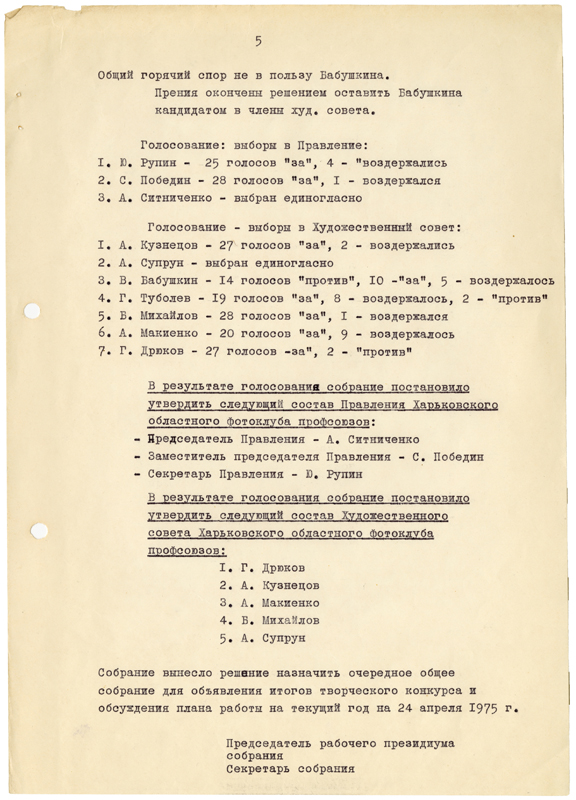 Kharkiv regional photoclub
Protocol of the reporting and electoral meeting of the club on March 20, 1975
1975
All works of the artist 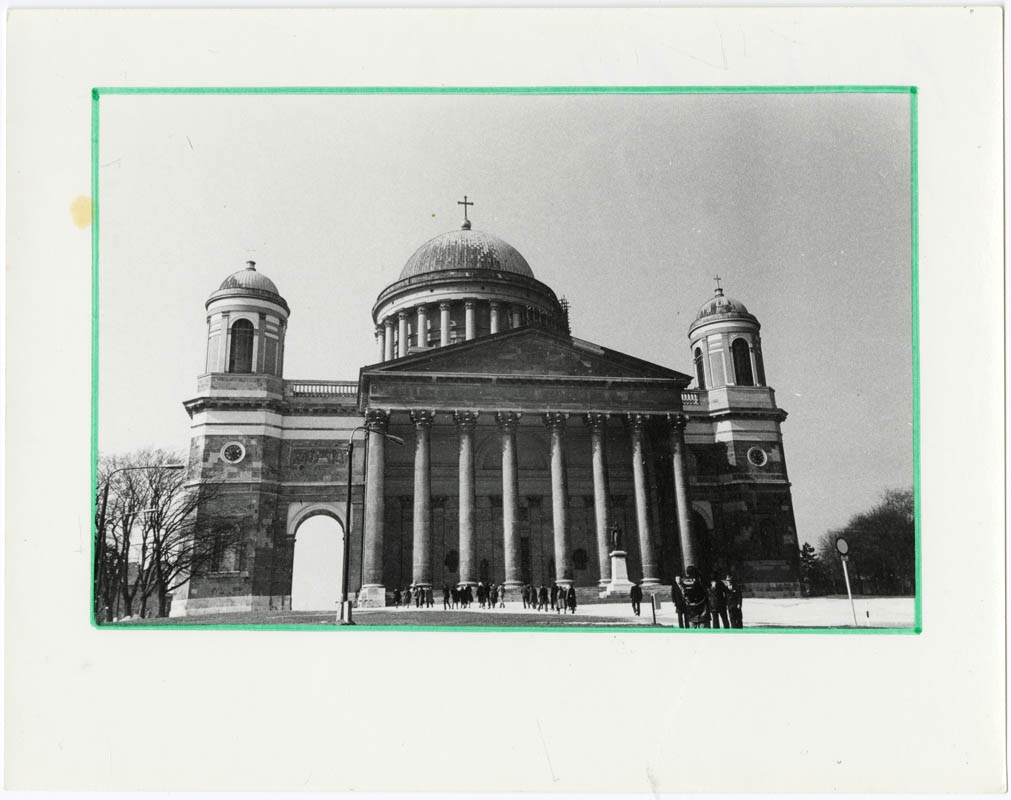 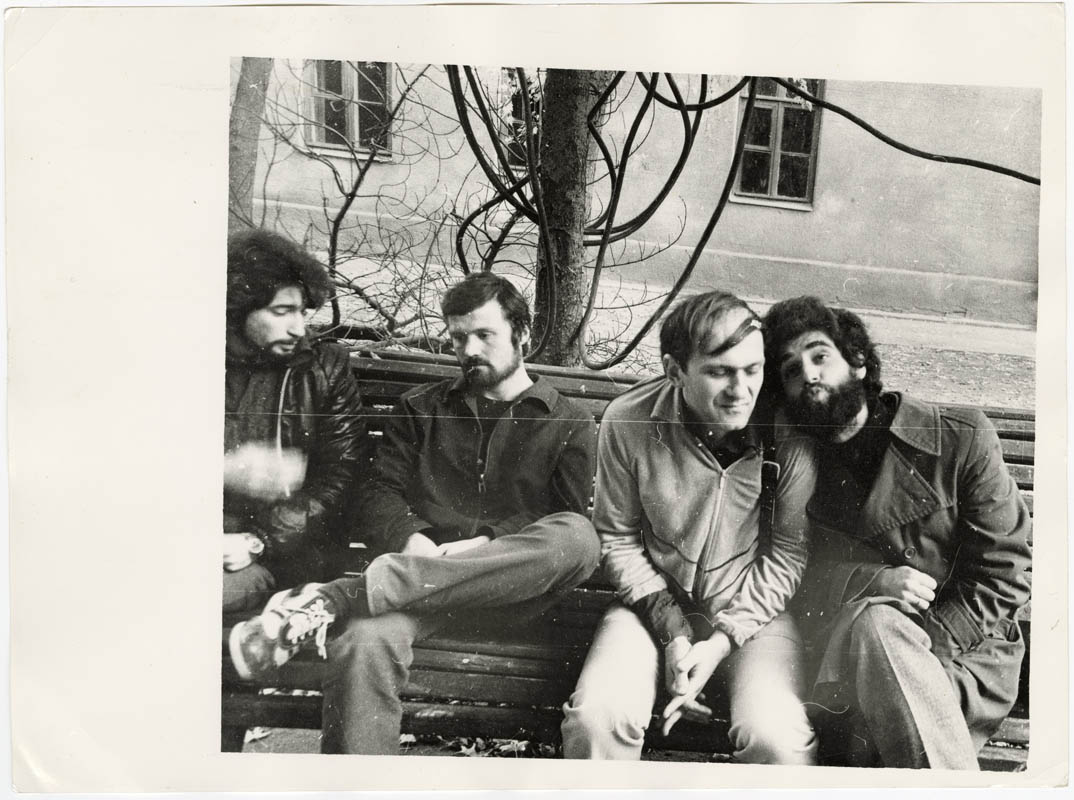 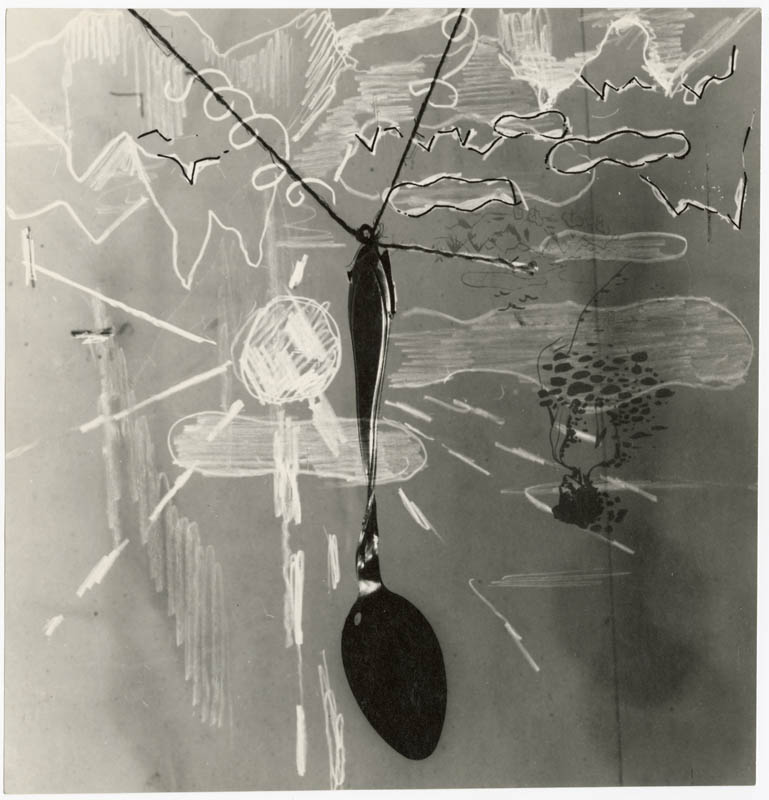 Boris Redko
1990
All Artworks
Ми використовуємо файли cookie, щоб забезпечити зручність користування нашим сайтом. Якщо Ви продовжите використовувати цей сайт, ми будемо вважати, що Ви задоволені ним.
We use cookies to ensure that we give you the best experience on our website. If you continue to use this site we will assume that you are happy with it.
Ok!Privacy policy